There was a ferocious wind and not to dark a sky as we met at the leisure centre in Forfar, those that had braved the bothy on Saturday had received a good soaking on the way home and didn't fancy another tough day!

The plan was to head over the hill of the three cairns to Kirkmichael but it soon became apparent that we would be blown off the top of the hill so that idea was gone.  Talked then turned to Blairgowrie and the main road up but that was going to be into the wind for another 11 miles so we came to the idea of some shelter and an easy day.  On the way to Blair Ron & Gus oted for Coupar Angus and a cupee then Ardler and the rest of us headed towards Blair and out the Dunkeld Road.  Stopping to consult a map we chose a route to the East of Loch Clunie and headed for the Kinclaven Bridge. 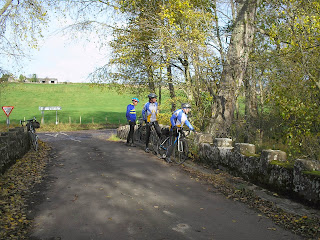 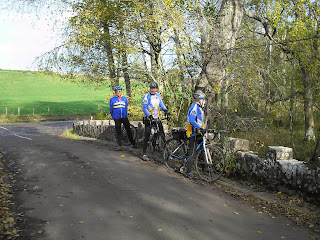 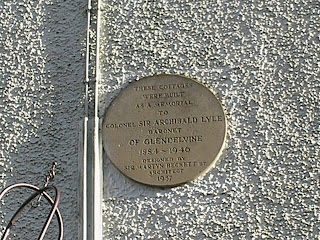 When we turned at Clunie Loch and headed for Ardler wewere fortunate to have the wind behind us and a wee bit of warmth from the sunshine most of way through Coupar Angus and into Ardler where we had completed 46 miles in the morning, not bad considering the weather.

We had lunch and headed for home clocking up 60 miles for the day and home before dark.  Nice easy loop which is here if you fancy it.

Next weekend it s the transport cafe at Inchture with a 9:00am start.