Two weekends in a row for me with the knee hopefully on the road to recovery saw five of us head towards Dundee with only Charlie thinking of going all the way.  The weather was good as it often is in September in this part of Scotland, a little chilly to begin with but warming up in the sunshine as the day progressed, last weeks wind had all but disappeared.

We were up over Carrot Hill and whizzing into in to Dundee in no time at all.  Norman turned into Sainsbury and Keith turned moments later to go up the coast for a shorter run leaving Charlie Gus and I to head down towards the bridge.

We stopped as usual at the Tay Bridge Cafe for rolls, tea and coffee, the black pudding and runny egg went down a treat for me and discussion turned towards the rest of the day, Gus had already said he was not going to St. Andrews with me swithering due to the knee.  I opted for the short run and Charlie initially said he was going to go on but changed his mind and we settled on The Commercial in Newtyle for a bowl of soup.

We headed back across the Tay and along the riverside with the water calm and silvery, it is  a bit of a drag up past Liff and further up to Birkhill but we got the light wind behind us as we hit the main road to Newtyle.  The main road surface was smooth and the braes gentle so the speed picked up a little.

The Commercial Hotel is not one of our regular stops but we always get a warm welcome and the soup is great, today it was minestrone, thick with plenty veg.  The also had a new Belgian Lager Beer - HeverLee which we had to try, to be polite!

Well fueled we rolled back into Forfar via Kinnettles House, now renamed Castle to attract the wealthy tourist crowd for weddings, dinners and the like.

Another short day but a good pace was kept, next weeks run is St. Cyrus
Posted by Unknown at 03:55 No comments:

This run was planned as lunch after the mountain biking festival but due to the volume of forms to be filled in, we had to pull out so the run was extended, four of us set off on a breezy day towards Newtyle.

The initial plan was the Audax route Scone the flat way but as we progressed we had a change of plan and turned for Wolfhill as we approached the MacDonald Arms with Keith wanting a shorter run and David a little tired. 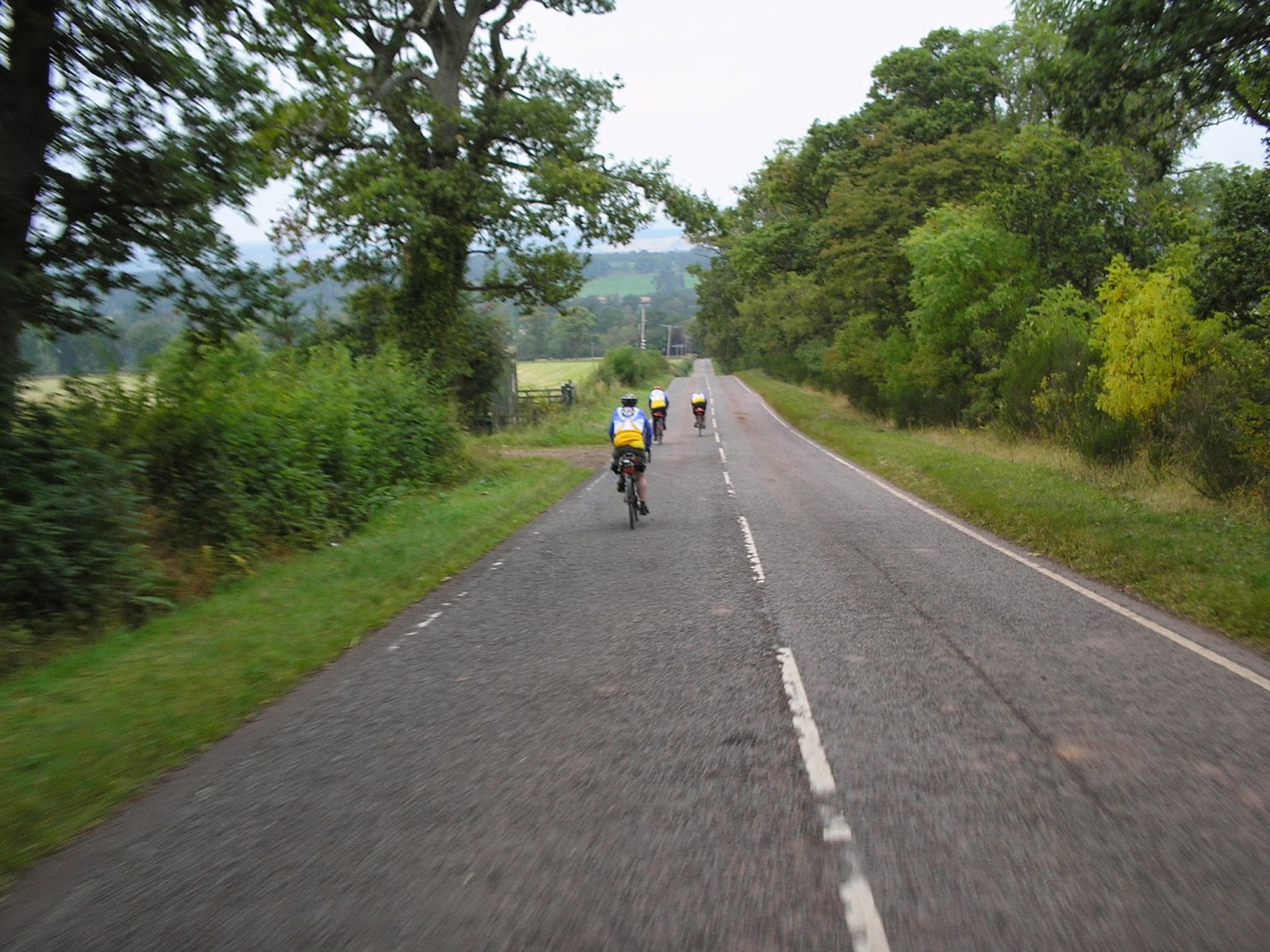 We were heading towards Ardler a little earlier so we all went back towards Newtyle and then turned back with Keith  going straight to Forfar.

Three of us were enjoying lunch in the Tav when we were joined by Norman who had been out watching the mountain bike racing.

We got a bit of a blow back to Forfar and although a little earlier we had worked pretty hard in the wind and on the hills with a moving average of over 14mph.
Posted by Unknown at 03:28 No comments: