The first of the 10:00am runs saw seven of us head out from the Leisure centre with the sun out and the wind at our backs we headed towards Brechin at a nice gentle pace.  The fog had lifted but there was still bit of a chilling the air so there were no jacket stops till well after Brechin.

From Brechin we headed to Marykirk  via Gallery then took the left to Fetercairn passing the Balmekewan Tea Room and Farm Shop which we might get a run to in Feb or March.

We successfully crossed the dual carriageway and headed directly to Fetercairn where Ron & Brian stopped for lunch leaving five of us to head the extra 4 miles to the Clattering Brigg.  Gus and David suggested a wee jaunt up to the ruin on the cairn o mount road so we braced our self for the climb which has a steep 16% ramp at he bottom then eases off a wee bit. When we got to the ruin Norman sailed on so we thought we may as well go too, lots of hairy caterpillars on the road enjoying a bit of heat.  It's a bit of a grind but nothing serious till near the end where there is another 16% climb with a 90 degree left turn for a couple of hundred yards. 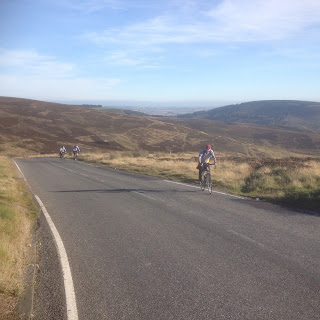 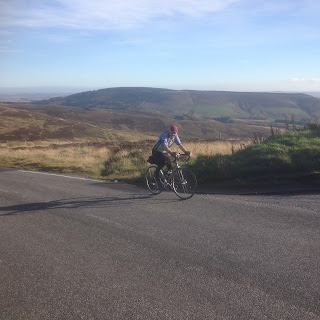 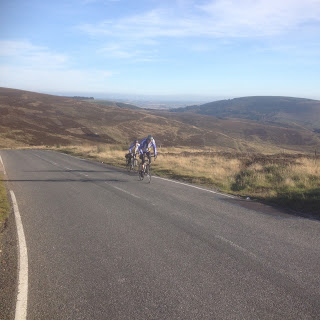 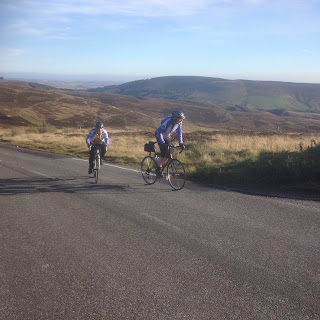 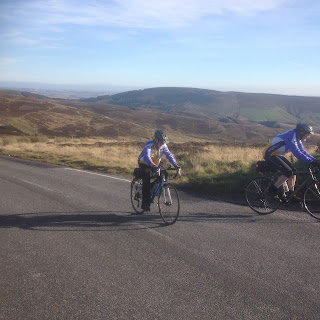 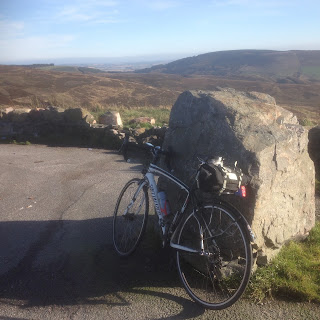 The view was worth the climb but it wasn't till we were heading back down that we realised the strength of the wind at the top, back down and up the steep brea to the tea room where we found it to be packed full of Sunday tripers.  After brief discussion it was decided on bacon rolls at the wee shop in Fetercairn, not many years when you get to sit out in the sun for a lunch in November!

Discussions on the route home set us en-route for Little Brechin and the Drovers a the request of Chris, Gus headed for home leaving for of us to enjoy some Houston's Peter's Well and Inveralmond's Ossian.

The temperature fairly dropped once the sun had set and it was a chilly roll down into Forfar but 64 miles, a climb up the cairn o' mount and a few pints made for a good day out.

Next week it's a venture over the river and into Fife with the planned venue being the Harbour Cafe in Tayport.  This weeks pub run is to Finavon - all welcome.
Posted by Unknown at 04:52 No comments: