With this being the camping weekend there was nobody at the leisure centre for the 10:00am run, the weather was miserable - cold and damp with heavy grey sky.  Heading for the bothy it got colder the higher the altitude but the roads were not to bad, just one big patch of ice on the step bend before Peel Farm.

Just at Peel farm a car containing Keith passed in the opposite direction, arriving at the bothy only Charlie was there, he had left at 9:15 but that meant that the teapot was ready and the fire was on, Charlie confirmed that Norman Gus and David were likely to have been in the car as well.

There was beer left over for pudding! 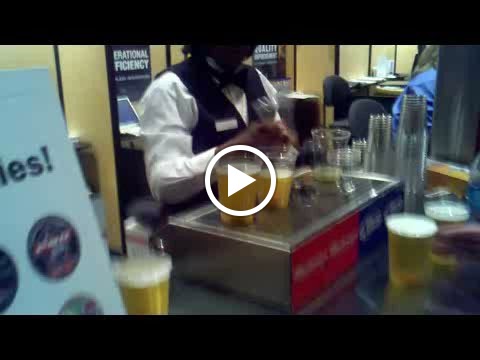 Unfortunately we had to pour our own the beer was from Kirrie Ales - Fruity Wee Blonde and Eden Ales Clockbrew - both very tasty.

There was snow falling as we left so it was straight home to Forfar and the two of set a good pace especially with the wind behind us getting back into Forfar before dark.
Posted by Unknown at 10:57 No comments:

The first Sunday run of the year was blessed with a bright sunny day with a gentle breeze but very cold, nine headed out of the leisure centre for the Brechin Castle Garden Centre.

With the icy weather we decided to stick on the main roads for the early part of the run and had a nice gentle run to Froikheim and then turned towards Brechin, we had made good steady progress and as the weather was fair we took a right and headed towards Bridge of Dunn.  This meant 5 miles off the main road so we had to ease back and take care on some icy spots.

After the climb back onto the main Montrose Brechin rd we had a slight headwind as we rolled into the town up the wee brae to the cross and out to the garden centre where Brian turned for home.  It's always busy with shoppers but we managed to get a table and some warm food and drinks.

The weather was still fair when we left and headed towards Careston with wee Jimmy setting the pace into the wind, not bad for 82, at the junction Norman and I headed for Noranside and the Drovers at Memus for some fluid replacement leaving the rest of the group for an early finish.
Posted by Unknown at 10:20 No comments: