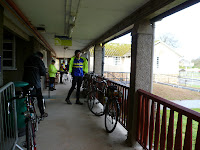 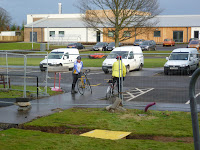 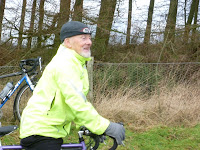 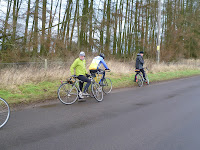 After the break we crossed the A90 and climbed steeply up the hill of Stracathro before enjoying the fine descent to Bridge of Dun. Down by the station and over the bridge we then took a wander around Kinnaird Estate exiting through the West gate.  We continued straight on, over the main road and down the Green Den track eventually emerging on to the Red Roofs road near Middle Drums. 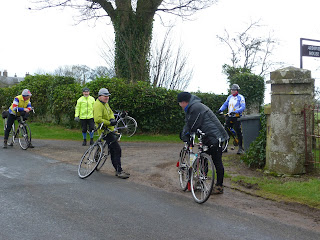 Back on tarmac we dropped down to Powsoddie  where we turned alongside the woods and on to the Pitkennedy road. Shortly we turned off again up by Bella Hill before descending to the Aberlemno road and back into Forfar by Lunanhead.

The Pub Run next Wednesday (11th) is to Finavon
Next Sunday is the Annual Meal at Glamis. There will be a short run first, leaving as usual at 10am
Posted by Cawin Awa at 13:17